Farringdon station is at the heart of the Crossrail project. Upon its completion, the station will become one of Britain’s busiest where passengers will be able to access three major networks – Thameslink, Crossrail and London Underground.

The geological conditions were the principal challenge for the design and construction of the tunnels. Excavation mainly took place within the Lambeth Group; the majority of SCL tunnels in London are excavated in London Clay. Crossrail awarded the contract for the construction of the Farringdon Crossrail station to a joint venture of Bam Nuttall, Ferrovial Agroman and Kier (BFK) in 2011.

PL2RC, approximately 9.0m high by 8.0m wide, was aligned to intercept the future TBM drive and sized to envelop the segments, allowing a rapid connection between the SCL works and the TBM tunnel (see Figure 2). The final design utilised a 350mm thick sprayed fibre reinforced concrete primary lining. Steel bars or additional thickened zones around breakouts. This provided an efficient and buildable solution that satisfied both the tight construction programme and the contractor’s rigorous health and safety requirements.

A temporary SCL connection adit (CP1-CH1), approximately 7.0m high by 6.0m wide, was designed and constructed between a cross passage (CP1) and a concourse tunnel (CH1). These were successfully designed, checked and constructed within short timescales and allowed the SCL works to progress independently from the construction of the Western Ticket Hall and escalator barrel. Substantial cost, time and logistics benefits were realised for both the SCL and ticket hall box construction works.

Non-linear finite element analyses (FEA) were carried out to support the design of the SCL structures. The capacity of the SCL and interaction with various other structures was assessed. Several load cases were tested and excavation steps simulated (see Figure 3). The FEA modelling benefitted from being able to use data from the project team's "live" 3D geological model. This model was updated in real time, with data obtained from ground investigation works and tunnel excavation. Designers were thus given the best possible estimate of anticipated geology. 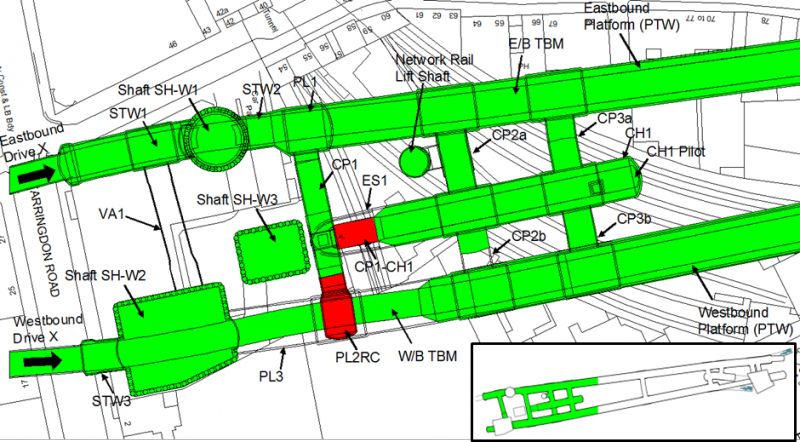 Figure 1. Plan view of the West part of Farringdon station showing the location of the two temporary SCL structures (shown in red). The areas in green show the structures completed by September 2014. 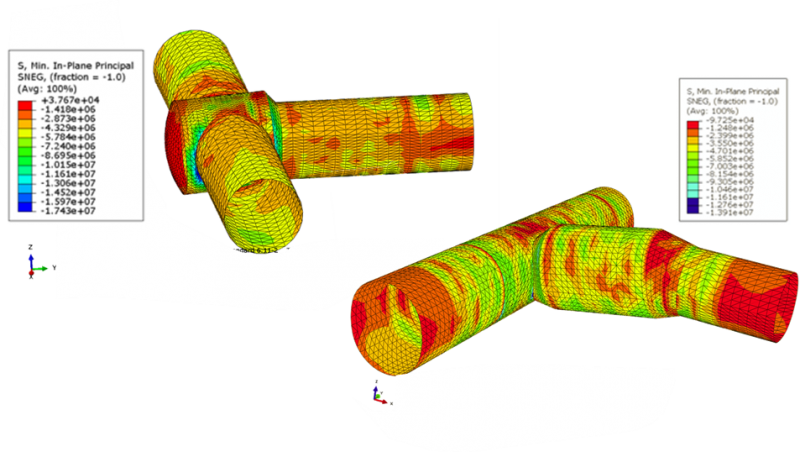